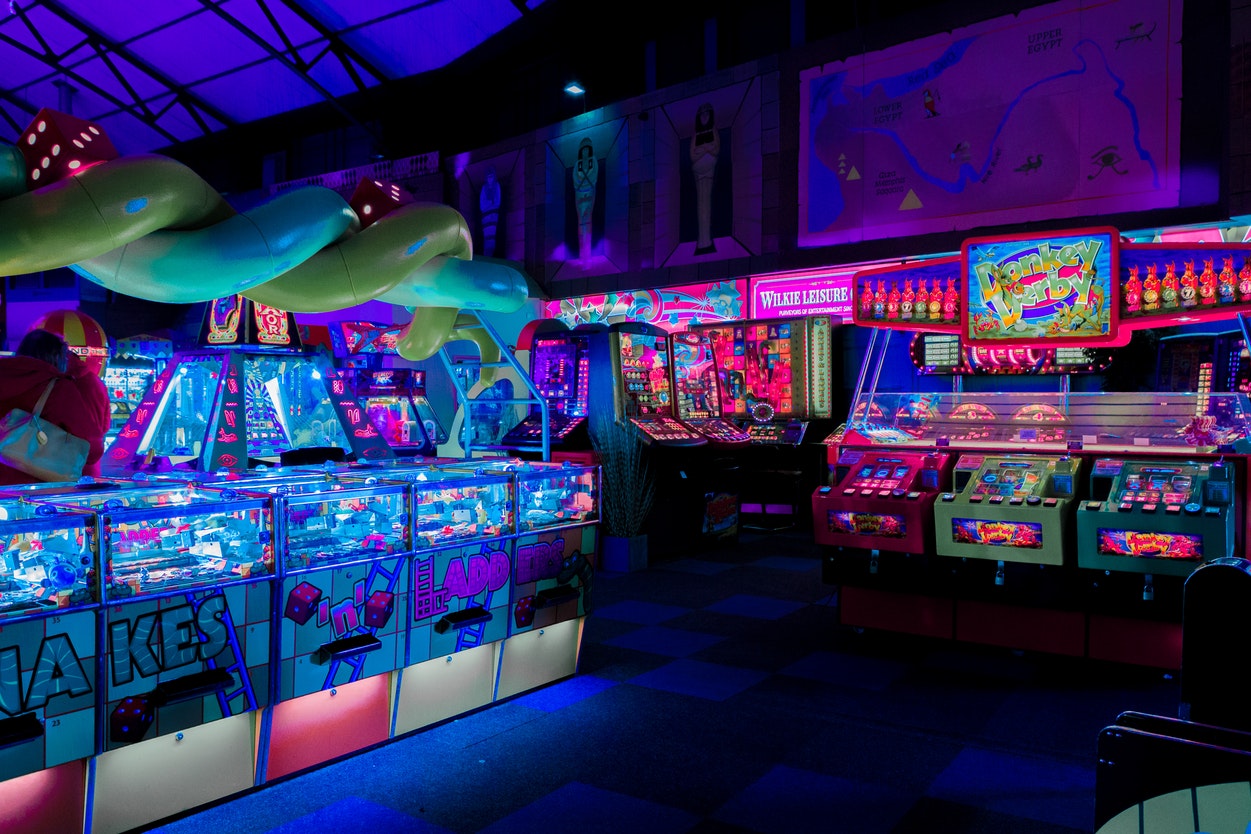 It was very smart of them to go in to original content some years ago because they saw that the future was in streaming services.

Once other content creators realized they wanted a piece of the pie Netflix would’ve been starved of their productions or forced to pay high licensing fees.

And they have been adapting for sometime, but the truth is that they are falling slowly behind.

The industry that NetFlix is in will not wait for them to catch back up. And they as a company know that they will fall by the wayside if they aren't willing to invest heavily in original programming.

They have no choice.

And as a consumer Netflix has proven, to me at least, that they're capable of making awesome original content, and distributing it without me having to break the bank. Netflix had a great thing going with its catalog, but then the greedy networks saw how much money there was in this and started jacking up the prices for their content or moving things to their own services like Hulu or new ones they're creating. Other networks are just trying to follow a business plan that they see is successful.

They to are adapting and trying to avoid loosing their relevance in an increasingly more streaming oriented society.

Of course, setting aside the fact that it is incredibly annoying to have to go multiple places for content, the value of any service diminishes greatly for every additional provider who enters the market. People have been talking about slowing down growth for 5 quarters now, and every time Netflix proves it wrong.

"The pot calling the kettle black" is a proverbial idiom that may be of Spanish origin of which English versions began to appear in the first half of the 17th century.
The idiom is glossed in the original sources as being used of a person who is guilty of the very thing of which they accuse another and is thus an example of psychological projection.

When I started re-enjoying Disney movies I was loath to try "The Black Cauldron" since it was never something that I enjoyed watching growing up. This was a risky move. And it demanded a little bit of thought to get it right. 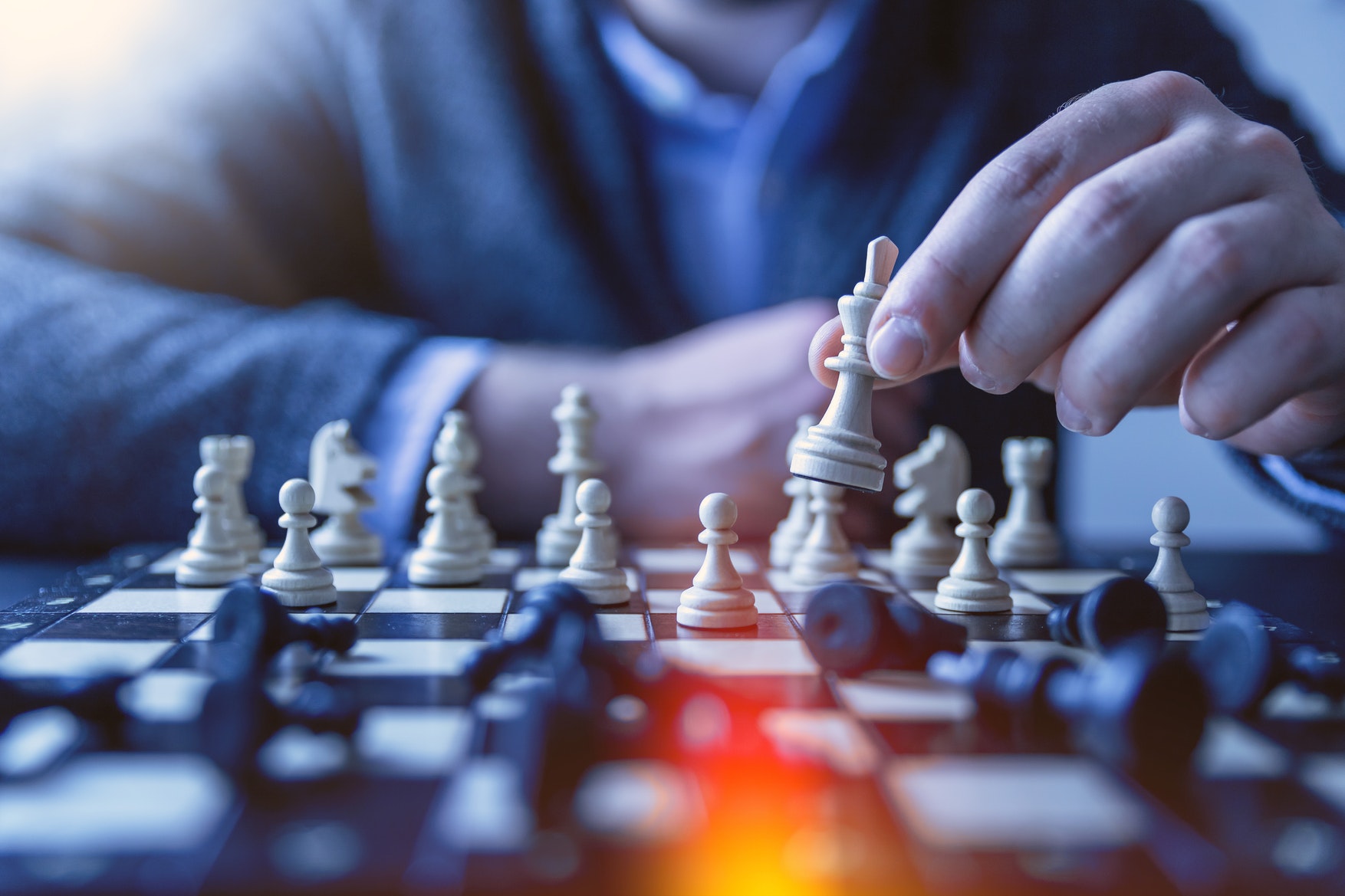 I don't think it's a particularly good effort by Disney, it was different. Though I can look at it now and appreciate it for what it is. Back then Gurgi was the only good part of the movie and he still is.

The art direction is great in "The Black Cauldron" and I assume that this the reason it was one of my brother's favorite Disney films as a kid. Watching it now I see how dark it really was and why it did not appeal to me.

Audiences weren't necessarily prepped for a darker movie in the 1980's, the film had budget issues across the board, the plot tried to condense a lot of material. At the time it just didn't feel like a traditional Disney movie. It was darker and put off some families.

This was because Disney had purchased the rights to the whole series. It was named after the second book but also tried to cover the first and then veers in a different direction and the pacing occasionally struggled because of this. On top of that the characters come and go with little development, which makes them forgettable. The film's atmosphere feels oddly empty, as if there's no world or characters beyond what shows up on screen. Compare that to something like "Beauty and the Beast" which features a lively castle, rowdy bar, village, etc.

As for story it took a simplified direction with the material like many Disney stories and the story they did try to tell was visibly undermined by censorship. It's very poorly paced compared to better example of Disney animation for decades before and it is clear that it has been reworked from the editing. Another reason was because it was the last of the Disney "gag men" style of animated feature.

I admire that the movie is a bold attempt for Disney to use a darker style, rather than the usual stuffs they were producing, however, I just don't think that lives up to the better movies that came out before it. Still, I also feel that the darker-tone of the movie inspired some of the more mainstream fantasy movies of the 80s and against them it holds its own. Though it is not a great film as such "The Black Cauldron" is far from the worst Disney movie. And the hate that it receives is unjust.

Catching Up With the Classics 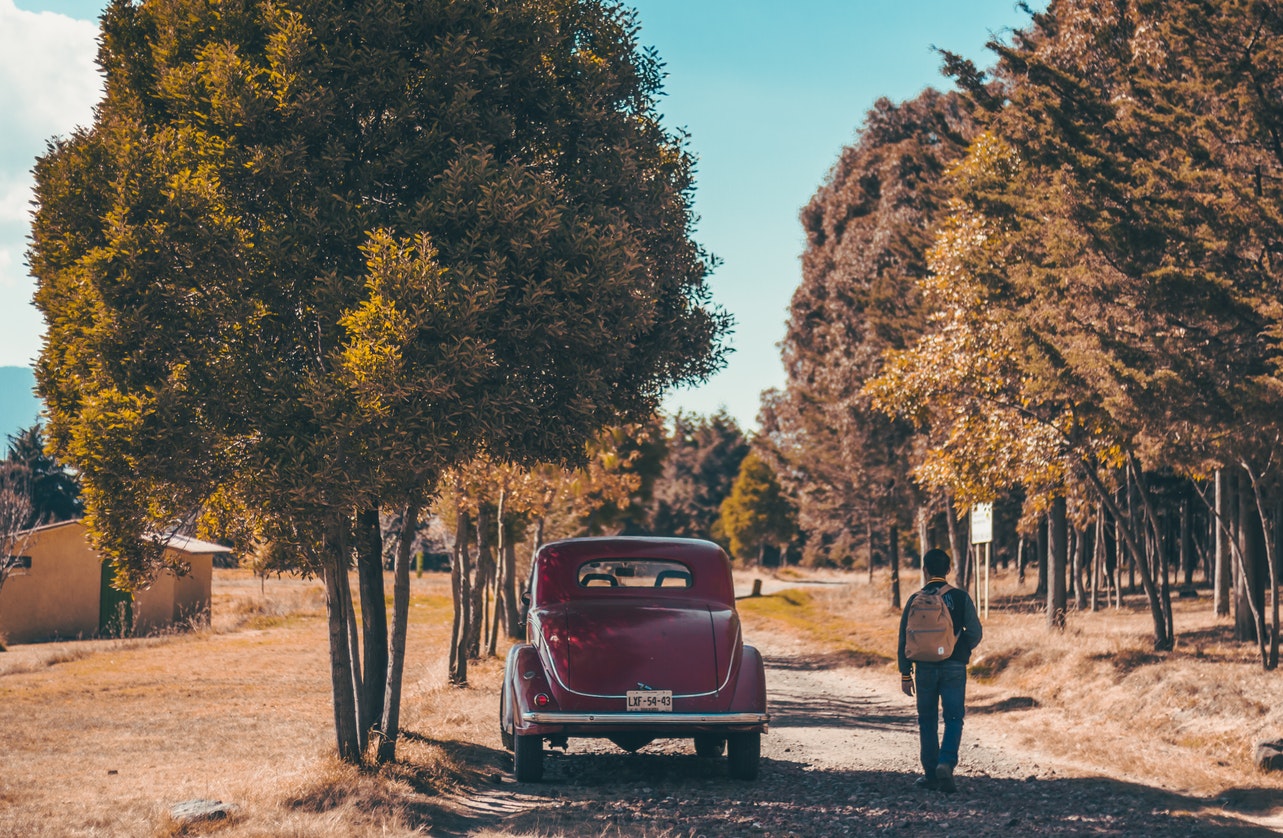 I like to re-watch shows and movies at different points in my life to give a renewed perspective on them.

Cars Never Got Me Revved Up

So I just wanted to use the word Revved. It is just so nice and symmetric. But I have been on a Disney kick lately, and "Cars" came to mind.

I could have also went with "Planes" but that is sort of a spin-off in the Cars universe. 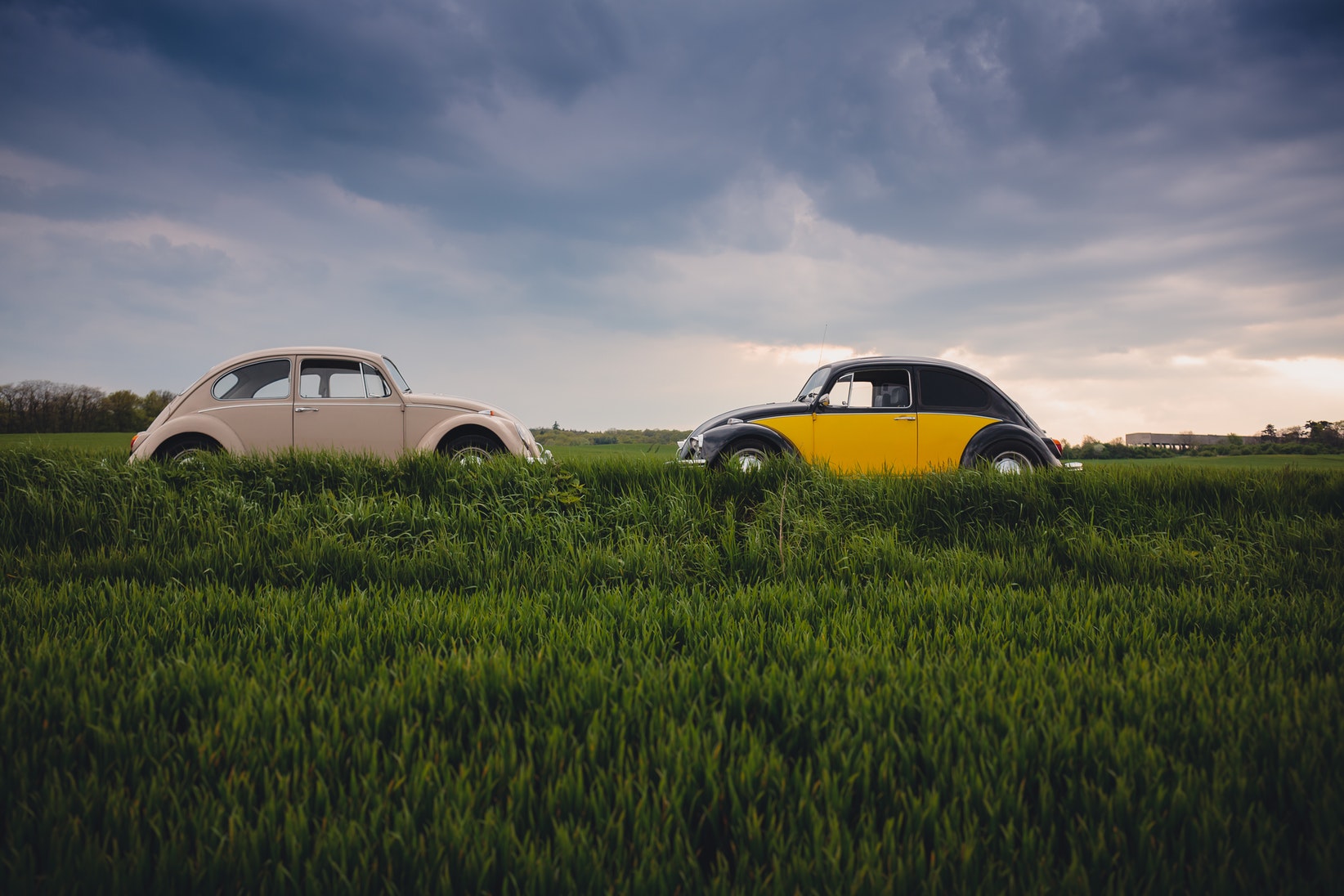 Which brings up so many questions that I think the film makers would rather live without. For example: Through "Planes" is that we learn that WWII happened in the Cars universe. Which means they introduced all of the atrocities of the Second World War. Did they think this far ahead when they were making it? I hope they did.

But to be honest the Cars universe brings up so many questions a sensible adult should be asking.

Here are some of the thoughts I have had when I first watched the movie.

We don't see animals other than the agricultural equipment and those creepy car-flies.

Cars also seem to eat, which means they must replace food in the ecosystem even though plants seem to be ordinary.

Are all cars and car-animals manufactured, or did they evolve from a bio-mechanical ancestor? Is their a Car God?

Are there car marine animals?

What determines if a certain vehicle is an animal or a "car?"

Do cars "eat" car animals by using them for spare parts? Would that be the primary source of metal and parts for cars, or is metal ore just a significantly more valuable resource?

Are there car slaughterhouses, and car hunters with real tree paint jobs and deer racks? Are red neck "cars" the fitting makes and models?

What were vehicles from historical periods before cars and planes were invented like? Since they are a pretty new invention and wheels are pretty old. Were car animals like tractors also older models back in the day?

You really should not watch kids movies and expect them to make sense.

In the "Stranger Things" episode "The Body" had the children walking along a train track which echoed several scenes in "Stand By Me". The movie "Stand By Me" was based on a Steven King story called "The Body".

Just a thought though.

I think that food should be both delicious and fast. At least when I am hungry, which is often, everyday almost when I stop and think about it.

Hungry, I started to making a delicious French bread pizza. It is actually surprisingly easy. It's probably one of the fastest things I make on a regular basis. When I say fast I mean 20 minutes. But for a satisfying dinner that everyone at the table will be on board with, miracles do not happy often. The key here is to pick a really delicious prepared pesto, easily found in grocery stores even when basil isn't in season.

When you have your pesto you need to layered the rest of your ingredients on crispy French bread with fresh cherry tomatoes, sautéed chicken, and mozzarella cheese, etc..

Once I have my ingredients I will start potting things together to bake. Arrange a rack in the middle of the oven, then pre-heat to 400°F.

Once you have that going start heating the oil in a large frying pan over medium heat until shimmering then go ahead and add the chicken. I like salt so I use two big pinches of salt when I am grilling the chicken. Cook, stirring occasionally, until the chicken is cooked through and starting to turn golden-brown, about 10 minutes. Remove the chicken from the heat to ensure that it doesn't burn.

We're getting close now, you'll need to use a serrated knife to cut the bread. Otherwise when you try to cut it in half lengthwise you may rip it and that doesn't present itself nearly as nicely on the plate.

Place the halves cut-side up on a baking sheet.

Then start baking it until the bread is heated through and the cheese is melted, in my oven this takes about 10 minutes. Then take it out and dab a little olive oil on top and cover it in Parmesan shavings. If you want to. This step is really only if desired. But we really love it like this! Cut each half into 2 pieces for a serving.